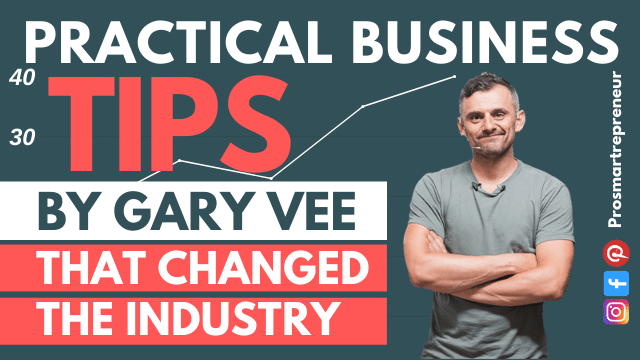 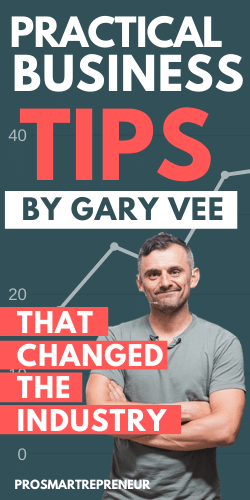 While looking for business strategies, tips for success (yeah, I search that sometimes), etc on YouTube, Gary Vaynerchuk was one of the people who stood out and had a major influence on me.

Now, before you go to YouTube and start looking for his channel, here are a few things you should know beforehand:

He is loudmouth, outspoken, doesn’t give any effs, curses on camera, obnoxious even.

And weirdly enough, I admire that!

And there is something about the way he speaks that captivates the audience. Every statement that comes out of his mouth is a phone’s lock screen worthy motivational quote!

Watching only one video of Gary Vaynerchuk is like taking a high dose of caffeine if you ask me, pumping me up with energy!

Moreover, he has single-handedly taken the hustle culture to a whole another level.

Okay! Enough talking about his energy and influence, who is he exactly and what he does?

Who is Gary Vaynerchuk?

He is the CEO of VaynerMedia and chairman of VaynerX.

Besides owning his company, Gary is best known as an influential internet personality.

He is one of the few people to leverage his social reach to grow this family wine business from $3 million in annual sales to more than $60 million.

He credits YouTube for much of his fame and wealth, particularly a channel that he started called Wine Library TV.

Though there are gazillions of word piece and practical advice that have been said by him, below are 5 principal advises that intrigued me deeply. They are:

1. Putting In The Work

I was watching one of his interviews regarding starting his own business and about his early stages of working for his family wine business.

In that, Gary pointed out that he has dedicated most of his 20s to work on growing that business, creating content, producing videos, everything.

In that video he said “Once a 20-year-old asked me to give them some entrepreneur advice for those who are just starting”, he claimed that “This Saturday you’re gonna have more time off than I had my entire 20s on a Saturday”

That hit me hard! That is what work ethic looks like!

He worked on his family business, produced 1000+ episodes for the business, and didn’t take a day off!

For me, it is bonkers to comprehend that even now how much content he regularly puts out in all his social platforms and still runs his multi-million dollar company.

Today his net worth is around $160 million!

This is something we can all learn from him that,

“If you’re not willing to work on your goals on weekends, are you even serious about achieving them?”

2. Produce consistent content for Social Media to Promote Your Business

As I said before, it actually blows my mind how much social media content he has put out for free for people to watch.

He posts youtube videos almost on a daily basis, hosts #AskGary interviews where he invites a guest over and/or answers questions for his fans about business and money and stuff like that.

He is also very active on Twitter and Instagram, posting regularly and answering comments on his own. If that wasn’t enough for you, he is consistent in TikTok too.

Honestly speaking, it was because of him that I reopened my own TikTok account that I had abandoned 2 years prior that, which had more than 50k followers.

According to Gary Vaynerchuck, many miss out on sales and growth just because they don’t catch up upon the idea that leveraging your brand on social media is beneficial in any way!

He believes that plenty of people are not utilizing the platforms that can potentially explode their profit numbers off the charts. They are intentionally leaving money on the table.

3. Ideas are Sh*t Without Execution

Imagine that you’re at your office working your regular 9 to 5 job, looking at the same faces you see every day!

“I should start working on building my own business from today, I don’t want to work under anybody anymore”, you said. And then when you finally came home, you sighed and said: “I’m tired, I’ll start tomorrow!”. And this cycle goes on!

Was it the exhaustion, or the inability to get out of your comfort zone.

Regardless of the reason, you were at the same place you were yesterday!

I realize that coming up with an idea is not an everyday thing, it is rare nonetheless, but unless you don’t work/execute them, what benefit does it offer?

4. Don’t shy away from hiring someone who can do the job better

You cannot be an expert at everything, that’s a fact of life, right?

So when it comes to doing something that is out of your area of expertise, hire someone who can do it.

Suppose you run a massive food blog, you’re an expert at what you do but when it comes to creating blog graphics and taking food images and things like that, you lack the finesse.

You can do it all yourself and stick to some not-so-great images, but are you at all proud of the product that you’ll be presenting to your audience?

It’s clever to hire someone who can handle these stuff well. Not only it’ll free you from the stress but will also give the quality of products, service, etc that your business strives for.

Hence, directly impacting your business from a positive standpoint

There is a general idea around small businesses that they think they can manage everything on their own and when they have substantial growth and profit, they can hire someone to do less important things.

5. You got a lot of time than you think

There is one statement said by Gary that kinda stuck with me, it was

According to him, the time to start a business has nothing to do with your age, financial status, or even how that particular business model is saturated.

There is a common misconception around the idea of starting a business is that you have to start young to gain some momentum, and see profits after a few years. And that is far from the truth.

You could be at any age bracket of your life right now and still start a business from scratch. You don’t have to be 22 or 23 years old to fit the perfect staring age. why? Because there is no such thing as a “Business starting age”.

For example, there is a 7-year-old kid on YouTube who makes $22 million a year reviewing kid’s toys. At age 7! Can you believe it?

On the other hand, in 1952 at the age of 65, when most people are looking at slowing down and retiring, Harland David Sanders founded KFC!

Don’t let anyone convince you otherwise.

Giving out advice is fairly easy, whether there is enough proof of its validation or not. So it is smart to verify your sources.

Gary Vaynerchuck is one of the few people on the internet the doesn’t hand out empty promises or lures his audience into BS. He is just brutally honest and that scares a lot of the people who are not yet ready to accept the reality.

His tips are purely based on practical actions, not some hypothetical claims.

Starting and growing your business is a very steep climb, but if you adopt a few habits given by these multi-millionaire juggernauts (such as Gary himself) every once in a while, you might improve your chances of succeeding to a great deal.

Lessons I’ve learned since starting my blogging business at 19

How to quit your 9 to 5 job within 6 months: The ultimate escape plan

How to start a YouTube channel successfully (For beginners)