I absolutely used to despise “Business” as a career option.

It was a clear NO-NO for me!

I used to (emphasis on “Used to”) believe that anyone can start a business but only the ones with good grades are able to create a fulfilling life ahead! That’s what I knew so I believed just that.

Thinking about it now, that was pretty naive of me!

Moreover, I never had someone who suggested to even consider business nor I knew anyone in that field. Yeah, so inspiration came from nowhere!

But deep down, it was just because of my experience (or lack thereof) in the field of business or self-employment that made me so hell-bent NOT to consider such career options.

Starting something on my own dawned upon me in my college years where I was already studying engineering. I somehow had an urge to try quite a few low-cost business models.

To most of us, starting a business seems like a far-fetched idea which often never makes it to the existence.

For me, getting a constant train of ideas is no news. They all just comes and goes every once in a while.

But most (like 90%) of them don’t even get the taste of the implementation.

Because, It is easy to have ideas, but not so much when it comes to execution!

As a beginner, it feels like you’re the last person in the race

And sometimes you are!

But that doesn’t mean you’re a loser.

Mind you, there are still people who haven’t even bothered to enter the race. You’re just a little late than the ones who are ahead of you. That’s all!

When I started everything from LEVEL ZERO, zillions of thoughts were on my mind,

Among those, one thing was particularly obvious,

I was in for a LOT of work and hustle for the next upcoming months (or a year maybe)!

And during this level zero period, the very thought of accomplishing all the work at the same time made me quite overwhelmed.

Moreover, this period can be the extra frustrating because for a long time you might not see any desired results despite giving your 110% effort.

This domain of business might be very new for you, and you might lack quite a few skills to excel in this area. And building a skill requires a considerable amount of time and experience.

And because of that, your first piece of content, video, or the product will lack quality and finesse. Thus it will not give the desired outputs.

The ONLY thing you can do at this point is to keep moving forward.

Here’s something you should know, every successful blogger, entrepreneur or whatever has gone through this period at least once in their life.

In the beginning, there were quite a few months when I made literally nothing–Zero, zilch, nada! And now (a year later) there are months when I don’t work on my blog at all and still get a full-time income deposited to my bank account.

So when I was making $0 for months of this blog, one question poked me on a daily basis, ” Is this even worth it?”.

Thinking about it now, I think I have an answer, and that is “abso-f**king-lutely it was worth it!”

Something I’ve realized very early being in the blogging industry is that the majority of people in my life had very little to no clue what blogging was and how can someone possibly make money through it.

Including my very own parents!

And since they knew nothing related to blogging they became my biggest skeptics! Can you blame them?

The same applies to the people who never in their life tried to run their own business, and later becomes your greatest critiques!

“Oh! I heard you started a business? I’m not so sure about that!” or “I’ve tried it once but the market is too competitive, it’s really hard nowadays”

Each month more than 543,000 businesses are started and about 50% of all small businesses survive five years or more. (source: 99firms.com)

What conclusion you should draw from this stat?

The Glass is half full, people!

And, businesses that require $10,000 or less upfront investment cost are considered small businesses. So you don’t need $100,000 to start a profitable business.

This blog, for instance, counts a “small business”. And it took me less than $4 a month to start this blog that makes me thousands of dollars each month!

If you think you can give Blogging a try, just head over to this post where I explain step by step how to start your own blog under 20 minutes in less than $4 a month.

Side note: If you’re looking to get a business loan you’ll get to know that getting a good business loan is never easy, Lending Club Business Loans helps you get matched with low-cost small business lenders for the best business loan offers.

Isolation is Sometimes Good for You

Especially if you’re focussed to achieve something in a set time frame.

This means you have to say “No!” to a lot of things: hanging out with friends, movies, night outs, etc.

There will never be a deadline In a Business

To most of us, the concept of having no deadline at work might sound like a dream career. But that’s not how 9 to 5 jobs work.

Since I was a kid I was given a specific deadline for any work.

Homeworks & projects in school, assignments in college and now if you have a job, you’re getting paid to some tasks within an expected time frame beyond which the situation tends to get a little intense.

Having a deadline makes sure the job is done, even if it is being completed in the very last minute.

But a problem arises when you don’t have a deadline.

In businesses and soloprenuerships, the concerned person has a flexible work period. Where obviously, a deadline is practically non-existent.

And when you don’t have a rigid deadline, you have the freedom to extend your work for the longest possible time.

Everything goes according to our desired pace. So if you have the freedom to slack off every now and then, you can and will.

This is very harmful to any startup or business because sometimes people don’t realize the difference between “self-paced work” and “Wasting time”.

And because I was so used to having a deadline, I became unapologetically comfortable.

I realized the gravity of the situation a little late in my business period when I would occasionally find myself, looking for excuses to put off work and opting for Netflix and my income growth was just stuck a

Mind you, work and business growth were on my mind almost 90% of my time but was not physically working. If only thinking could magically turn into action, that would have been great, doesn’t it?

Making Money is Hard and Becomes Noticeably Easy Over Time

And when I say ” it’s hard!”, it means  “get ready to work with absolutely no income expectation for the next few months”.

I remember my first-month blogging when I made $130 in affiliate sales. Boy, was I ecstatic?

I thought to blog was easy, I made freakin’ $130 in my first month. What a great start!

I guess it was a one time flick. Because I made absolutely nothing for 5-6 months. Then it hit me!

Hmmm, Blogging is hard! But that’s just the inexperience talking! Blogging may be hard, but like anything, it can be learned and improved over time. You just have to invest a little time and effort!

Which I did consistently, and suddenly out of the blue moon, one of my recent posts got viral and traffic just grew like crazy each month for 6 months –

December 2018 was a milestone for my blog because it was the first month that I hit $1000+ in blog income! That wouldn’t have been a reality if I had quit during the six months when I made $0.

Moral of the story,

Keep going! Even if you don’t see results!

Great post, Sayan. I have been a fan for some months and have taken a lot of inspiration from your blog. I am starting to see traction with mine now after around 7 months, in a similar sort of fashion to how yours seems to have kicked off going by this article. Yours still looks loads better than mine though. lol.

Thank you sooo much for that! Just keep it consistent even though you aren't noticing any significant results. All it takes is consistent effort that'll catapult our blogging journey in a very short amount of time! 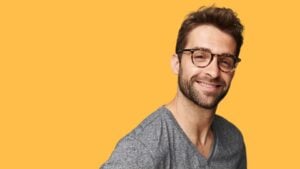 How to Quit Your 9 to 5 Job Within 6 Months: The Ultimate Escape Plan 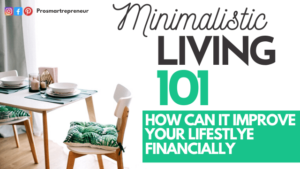 Minimalist Living 101: How Can It Improve Your Lifestyle Financially 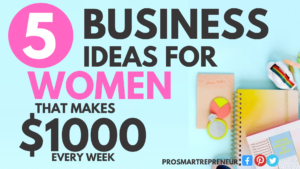 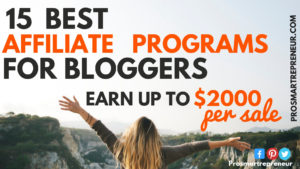